Skip to content
Professor Hamido Fujita
Director of Intelligent Software Systems, Iwate Prefectural University, Japan
Big data based Clouds Health-Care and Risk Predictions based on Ensemble Classifiers and Subjective Analysis
Discovering patterns from big data attracts a lot of attention due to its importance in discovering accurate patterns and features that are used in predictions of decision making.
The challenges in big data analytics are the high dimensionality and complexity in data representation. Granular computing and feature selection are among the challenge to deal with big data analytics that is used for Decision making. We will discuss these challenges in this talk and provide new projection on ensemble learning for health care risk prediction. In decision making most approaches are taking into account objective criteria, however the subjective correlation among different ensembles provided as preference utility is necessary to be presented to provide confidence preference additive among it reducing ambiguity and produce better utility preferences measurement for good quality predictions. Most models in Decision support systems are assuming criteria as independent. Different type of data (time series, linguistic values, interval data, etc.) imposes some difficulties to data analytics due to preprocessing and normalization processes which are expensive and difficult when data sets are raw and imbalanced. We will highlight these issues though project applied to health-care for elderly, by merging heterogeneous metrics for providing health care predictions for elderly at home. We have utilized ensemble learning as multi-classification techniques on multi-data streams that collected from multi-sensing devices.Subjectivity (i.e., service personalization) would be examined based on correlations between different contextual structures that are reflecting the framework of personal context, for example in nearest neighbor based correlation analysis fashion. Some of the attributes incompleteness also may lead to affect the approximation accuracy. Attributes with preference-ordered domain relations properties become one aspect in ordering properties in rough approximations. We outline issues on Virtual Doctor Systems, and highlights its innovation in interactions with elderly patients, also discuss these challenges in granular computing and decision support systems research domains. In this talk I will present the current state of art and focus it on health care risk analysis with examples from our experiments. 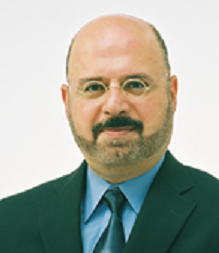 Authors Biography: He is professor at Iwate Prefectural University (IPU), Iwate, Japan, as a director of Intelligent Software Systems. He is the Editor-in-Chief of Knowledge-Based Systems, Elsevier of impact factor (3.325) for 2015. He received Doctor Honoris Causa from O’buda University in 2013, and a title of Honorary Professor from O’buda University, Budapest, Hungary in 2011. He received honorary scholar award from University of Technology Sydney, Australia on 2012. He is Adjunct professor to Stockholm University, Sweden, University of Technology Sydney, National Taiwan Ocean University and others. He has supervised PhD students jointly with University of Laval, Quebec, Canada; University of Technology, Sydney, Australia; Oregon State University (Corvallis), University of Paris 1 Pantheon-Sorbonne, France and University of Genoa, Italy. He has four international Patents in Software System and Several research projects with Japanese industry and partners. He is vice president of International Society of Applied Intelligence. He has given many keynotes in many prestigious international conferences on intelligent system and subjective intelligence. He headed a number of projects including Intelligent HCI, a project related to Mental Cloning as an intelligent user interface between human user and computers and SCOPE project on Virtual Doctor Systems for medical applications.

City scale decision making by situational awareness and Computational Intelligence
Situation Awareness is usually defined in terms of what information is important for a particular job or goal.
Most of the problems with Situation Awareness occur at the level “Perception” and “Comprehension” because of missing information, information overload, information perceived in a wrong way (e.g., noise) or also information not pertinent with respect to the specific goal. Thus, the current situation must be identified, in general, in uncertainty conditions and within complex and critical environments. In this case, it is needed an effective hybridization of the human component with the technological (automatic) component to succeed in tasks related to Situation Awareness.
Situation Awareness oriented systems have to organize information around goals and provide a proper level of abstraction of meaningful information. To answer these issues, we propose a Cognitive Architecture, for defining Situation Awareness oriented systems, that is defined by starting from the well known Endsley’s Model and integrating a set of Computational Intelligence techniques (e.g., Fuzzy Cognitive Maps and Formal Concept Analysis) to support the three main processes of the model (perception, comprehension and projection). One of these techniques is Granular Computing that makes information observable at different levels of granularity and approximation to allow humans to focus on specific details, overall picture or on any other level with respect to their specific goals, constraints, roles, characteristics and so on.
Furthermore, the proposed Cognitive Architecture considers some enabling technologies like multi-agents systems and semantic modelling to provide a solution to face the complexity and heterogeneity of the monitored environment and the capability to represent, in a machine-understandable way, procedural, factual and other kind of knowledge and all the memory facilities that could be required.
Practical experiences deriving from the realization of complex systems in the domain of Smart Cities will be presented during the talk.

Authors Biography: Professor Vincenzo Loia received B.S. degree in computer science from University of Salerno , Italy in 1985 and the M.S. and Ph.D. degrees in computer science from University of Paris VI, France, in 1987 and 1989, respectively. From 1989 he is Faculty member at the University of Salerno where he teaches Safe Systems, Situational Awareness, IT Project & Service Management. His current position is as Chair and Professor of Computer Science at Department of Management and Innovation Systems. He is the coeditor-in-chief of Soft Computing and the editor-in-chief of Ambient Intelligence and Humanized Computing, both from Springer. He is an Associate Editor of various journals, including the IEEE Transactions on System, Man and Cybernetics: Systems; IEEE Transactions on Fuzzy Systems; IEEE Transactions on Industrial Informatics; IEEE Transactions on the IEEE Transactions on Cognitive and Developmental Systems. His research interests include soft computing, agent technology for technologically complex environments Web intelligence, Situational Awareness He was principal investigator in a number of industrial R&D projects and in academic research projects. He is author of over 390 original research papers in international journals, book chapters, and in international conference proceedings. He hold in the last years several role in IEEE Society in particular for Computational Intelligence Society (Chair of Emergent Technologies Technical Committee, IEEE CIS European Representative, Vice-Chair of Intelligent Systems Applications Technical Committee).

People-Aware Systems – The Challenges of a New Approach
The trend of mHealth, or mobile health, emerge recently as a result of technological evolution and miniaturization and the users’ interest in monitoring and improving health and well being. Other that improving of informing about personal health, it also allows for the development of better assistive environments. Nonetheless, existing approaches are generally based on physiological sensors, which are intrusive and cannot be realistically used. This is especially true in environments in which the transparency, pervasiveness and sensitivity are of importance, such as in Ambient Intelligence and Electronic Commerce.
We put forward a new approach to the problem in which user behavioral cues are used as an input to assess the individual’s inner state. This innovative approach has been validated by research in the last years and has characteristics that may enable the development of true unobtrusive, pervasive and sensitive ambient intelligent systems. Specifically, this approach has been proven to be useful in quantifying aspects such as stress, fatigue or attention. 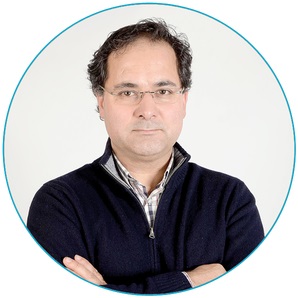 Authors Biography: Professor of Computer Science at the Department of Informatics, in the University of Minho (Braga, Portugal) and a researcher at the ALGORITMI Centre. From the same university he received a PhD in Computer Sciences in 2003 and his Habilitation in Computer Science in 2011. He started his career developing scientific research in the field of Intelligent Systems/Artificial Intelligence (AI), namely in Knowledge Representation and Reasoning, Machine Learning and Multi-Agent Systems. His interest, in the last years, was absorbed by the different concepts of Ambient Intelligence, Ambient Assisted Living, Intelligent Environments, AI and Law, Conflict Resolution and the incorporation of AI methods and techniques in these fields. His main research aim is to make systems a little more smart, intelligent and also reliable. He has leaded and participated in several research projects sponsored by Portuguese and European public and private Institutions and has supervised several PhD and MSc students. He is the co-author of over 180 book chapters, journal papers, conference and workshop papers and books. He has been chair of the Organising or Scientific Committee of ISAmI (International Symposium on Ambient Intelligence), ESM 2011 – European Simulation and Modelling Conference, SOCO 2011 (International Conference on Soft Computing Models in Industrial and Environmental Applications) and PROVE 2007 (IFIP Working Conference on Virtual Enterprises) and member of organising committee of several others events (e.g., Pervasive Health 2011, Intelligent Environments 2011, ECAI 2010, EPIA 2007).